One might think the analysis of a fluorescence decay is easy. In the end, it’s just standard curve analysis. However, the art is to precisely describe the fluorescence decay down to the shot-noise of the experiment. When doing so, a number experimental aspects have to be considered for the analysis: the instrumental response function, IRF, the differential non-linearity of the device, DNL, pile-up effects, etc.

The quality of the experiment limits the conclusions one can draw, and a poorly controlled experiment may never be analyzed down to the experimental shot noise. In this post, I will give recommendations on recording fluorescence decays of high quality, discuss fundamental limitations, and provide practical help for the analysis of fluorescence decays, which you would typically only get being part of a scientific research group dedicated towards fluorescence. 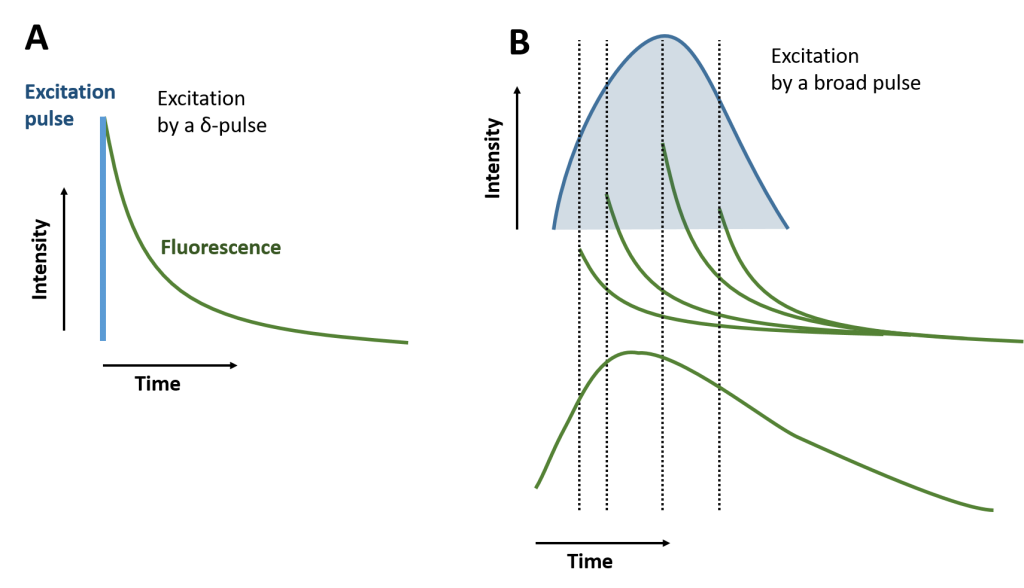 This site uses Akismet to reduce spam. Learn how your comment data is processed.

Join the FRET community satellite meeting which is back-to-back with the MAF2022 in Gothenburg. Two great events coming up! @CaptainFRET #fret #fluorescence

Please help spread the word about a great conference on fluorescence and its applications! Abstract deadline on May 3. Don't miss it if you like fluorescence!
http://app.bwz.se/gothiatowers/b/m/?l=64e72b9c-7b2c-4679-9bfe-5e1d37fd6eb6&r=1328081&rcrc=CFA43DCF

The Journal of Chemical Physics@JChemPhys·
12 Apr

This was one of the most difficult to publish in my career, which is an indication that it is either total nonsense or something deep (please judge by yourself). We had ~10 reviews ranging from "totally trivial" to "completely wrong." https://twitter.com/PhysRevResearch/status/1510860218078535684